Our universal love of film is unequivocal. Movies, after all, are gateways to new worlds where the art of storytelling joins forces with great cinematography. So we teamed up with Los Angeles-based commercial photographer Ilya Nodia to help you give your photographs a big screen overhaul.

Previous page The Looks The Story The Artist

Los Angeles-based photographer Ilya Nodia’s love of movies, computer games and storytelling is no big secret. You need only take a look at his work to see it.

Though he wasn’t always a cinematic photographer, his photographs have always exuded a certain movie blockbuster quality to them. And it’s in the commercial and advertising field, weaving cinematic photographs with grand narratives, whether it be of an epic action showdown, guns a-blazing or a portrait of a Russian railway worker, where he found his calling.

“I love to create stories in one shot, and I always want to make something in line with Gregory Crewdson, but using the commercial style of light and colors. Moreover, all my pictures, I make for commercial projects — shows, performances, small business and escape rooms. I also have a lot of experience in staged sets and working with actors,” Ilya says of his work.

It’s a genre of photography that’s not as common, perhaps because it takes a lot more setup and post work, but you don’t need to be a pro to achieve the same effect. Which is why we partnered with Ilya to create his Luminar Looks series, to help you to get that epic cinematic quality in your images in less time and with less effort.

To truly give your photographs a cinematic effect involves a great many things, but giving it the right look in post plays a major role.

Cinematic photographer Ilya Nodia’s style is a superb mix of cinematic, compositing and storytelling. Inspired by passion for movies and computer games, he utilizes commercial-style light and colors to chronicle epic narratives in a single shot, much like the legendary Gregory Crewdson.

Today, he’s involved in commercial and advertising projects, using his knack for weaving cinematic images to create photographs for shows, performances, small businesses and even escape rooms. Perhaps fittingly, the West Siberian-born Nodia is living in Los Angeles, the movie capital of the world.

Available for a limited time.

We have sent presets to your email 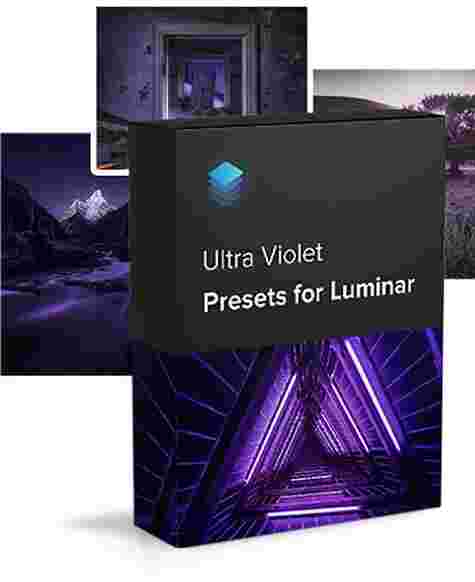